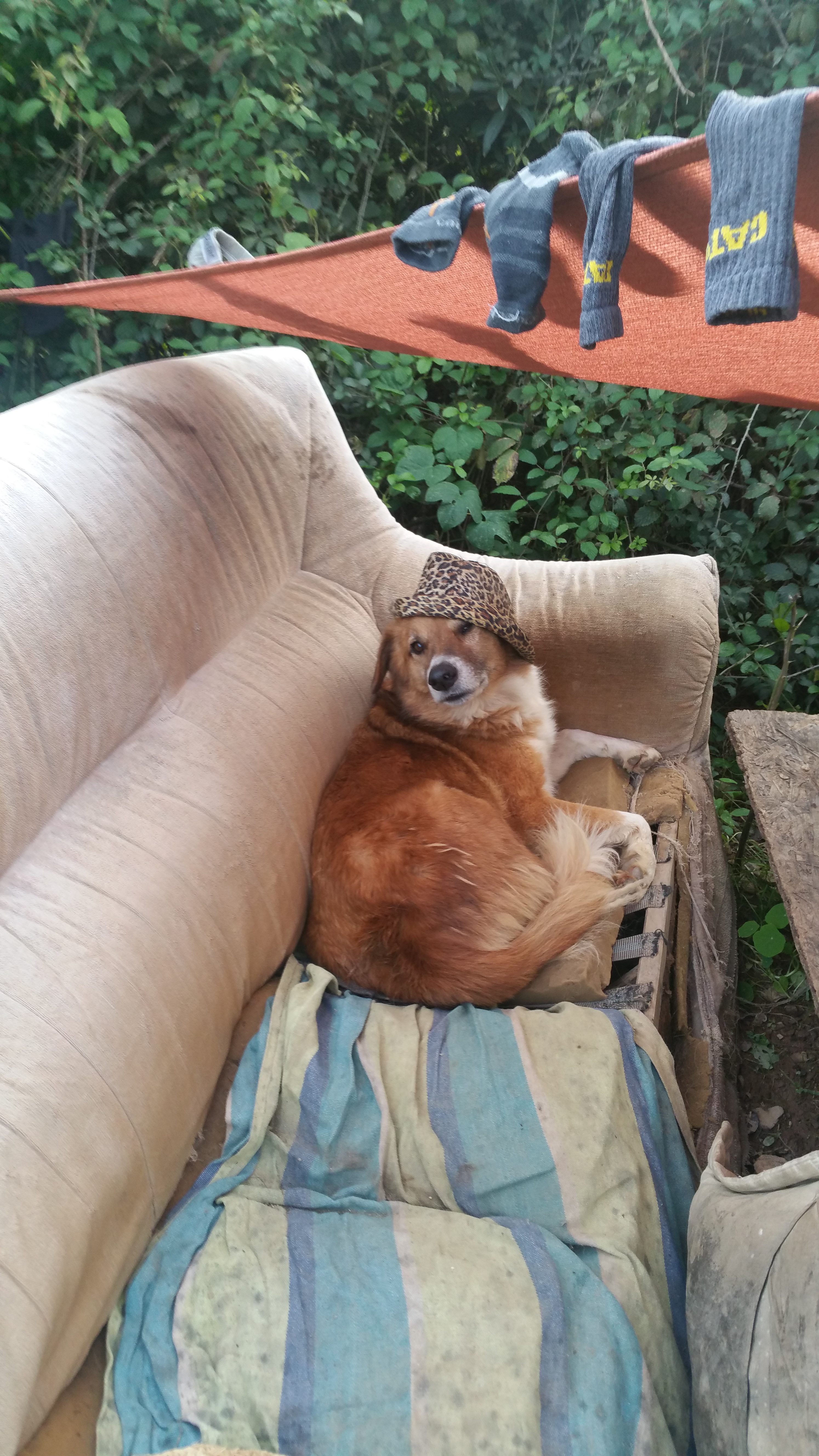 Tojeiro would be nothing without our four legged friends. Whether to keep you warm on a cold winters night or to keep you company on the long walk to the lake there is always a furry friend beside you. Whether you want them or not.

Salam is the Alpha of Tojeiro. He’s originally from Morocco and came here with some volunteers and just like many of us just decided to stay. Often found sleeping in the yurt or looking for a stick he is always making sure that the other dogs stay in line. He loves walking with you to the lake, swimming, big sticks and a scratch under the chin. He hates badly behaved dogs and being trodden on when he’s sleeping on the floor. Gris is the big, friendly giant of Tojeiro. Born locally he was found by
some volunteers after being hit by a car. After being nursed back to health he decided he was going to stay. Often patrolling the farm at night keeping us safe he spends his days living life in the slow lane trying to find a space big enough to sleep on (sometimes he has tried to sleep on three people. He loves scratches on the belly, big bear hugs and your food. He hates being woken up, when there isn’t enough room for him on the sofa and flies. Louis is the dobby faced cuddler of the dogs. Probably the laziest dog we have and he looks like Dobby from Harry Potter but we love him anyway. He came to our farm as a stray and managed to stay getting fat by begging for pizzas from guests on a Friday. He’s often see waiting in queue. He loves finding the comfiest spot on the sofas,  farting in your van and adventures. He hates being bothered by other dogs, being left behind and not being allowed in the kitchen. We have 5 resident cats on the farm and one mysterious cat who will appear in the yurts. They all love being stroked and fed and will often find them hunting looking for mice. A few of the cats will come to your bed and night, curl up on your chest and purr you to sleep. Most of the cats have more than one name except for one kitty. Friday Catface arrived at the entrance one Friday in the middle of the party and she never left. She’ll ride your shoulders around the farm, attack you when you least expect it and sit with you in front of the fire. Sometimes her name is Twatface as she is extremely naughty but she is a big part of Tojeiro along with all the other cats.

There are many other animals who are part of the Tojeiro family come back tomorrow to read more.

Get all latest content delivered to your email a few times a month.